“Lynn has represented much of the area since being appointed to the State House of Representatives (District 7) since 2015. She’s served her constituents well in the House, understands the issues people face, and will represent the residents in this district well in the Senate,” he wrote on his Facebook page.

English said previously that he would like DeCoite to be his successor.

She has a little more than a year remaining on Sen. English’s term, and she said she plans to hit the ground running.

“My priority has always been the priority of the people,” DeCoite said. “In this case, our budget is something that we are continuing to look at. I believe vaccination needs to also be at the top of that list, and the transitioning of businesses back into getting the economy up and running.”

Members of the Maui County Democratic Party’s Senate District 7 selection body had chosen three names from six applicants to send to Ige for his consideration.

Ige had until June 30 to select a replacement for English after he announced his retirement, citing issues caused from the long-term effects of COVID-19. English said he contracted the virus late last year while traveling outside the state with his family.

The Democratic Party of Hawaiʻi now has 30 days to send to Gov. Ige a list of candidates to replace Rep. DeCoite. 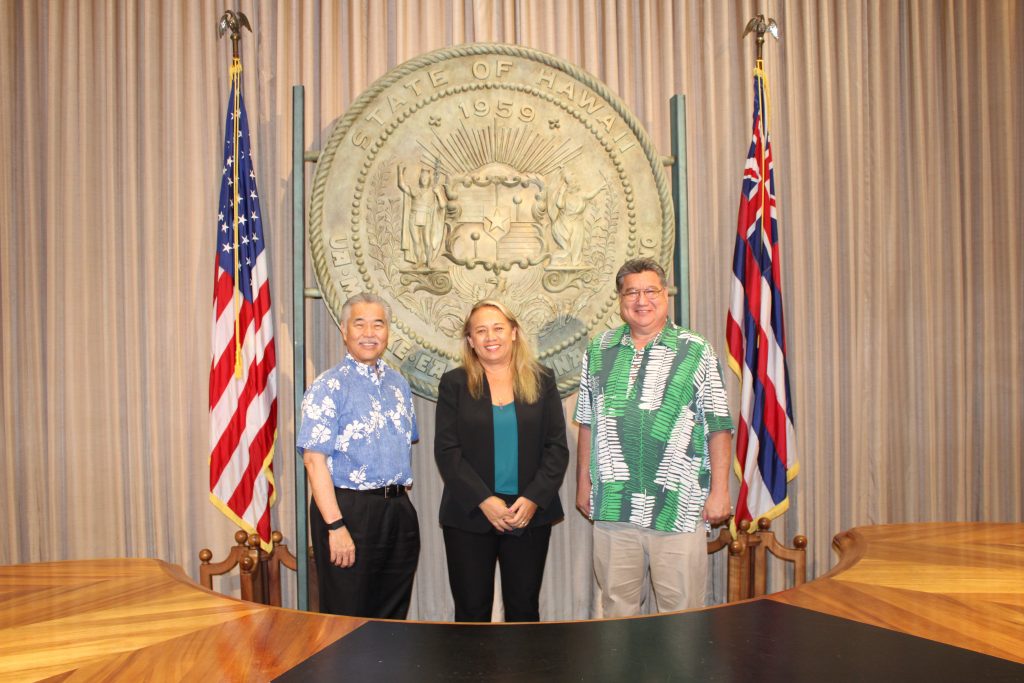 Senator DeCoite with Governor Ige and Senate President Ronald. D. Kouchi at the press conference announcing her appointment to the State Senate

Facebook-f Instagram
Paid for by Friends of Lynn DeCoite